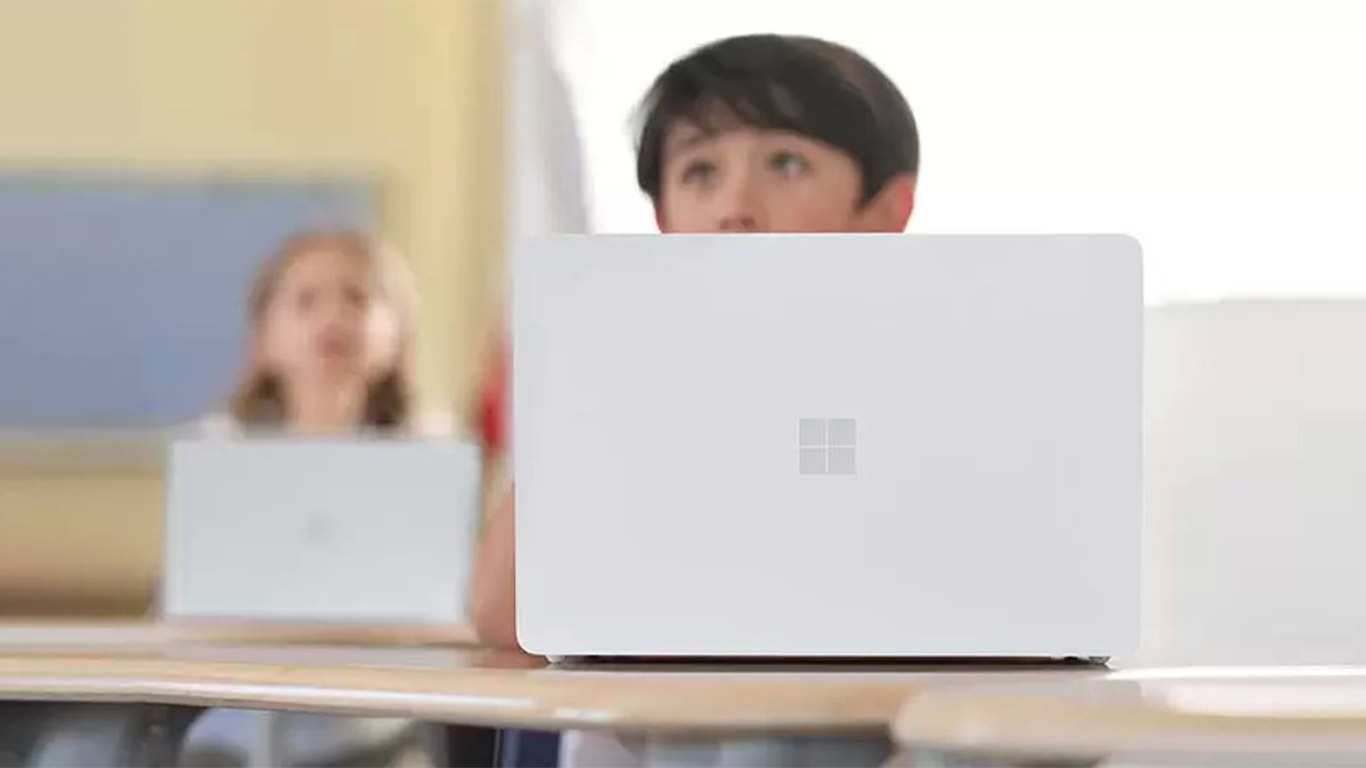 Microsoft has now targeted school students for their new Surface Laptop SE. In addition, there is Windows 11 SE on a laptop that debuted via this. In this post, we will look at the specs, features, availability, and expected price of the Microsoft Surface Laptop SE in Nepal.

Microsoft Surface Laptop SE sports an 11.6-inch TFT LCD with 1366×768-pixels resolution. It has an aspect ratio of 16:9 while weighing 1.12kg only. The body measures 0.70-inch in thickness and has an all-plastic body. There also lies a hinge going up to 135-degrees. This laptop is available in a single-color configuration – Glacier.

There are two options for the processor in the device – Intel Celeron N4020 or Celeron N4120. You can also have options on memory- 4/64GB or 8/128GB. The device integrates a Nano security lock slot and firmware TPM. Further, the device gets its juice from a 35Wh battery cell which gives your 16 hours life on typical usage.

As mentioned earlier, there is Windows 11 SE in the device which is in the neck-to-neck competition with Chrome OS. It comes with all the major Microsoft applications like Edge, Office, and OneDrive. However, it only supports limited third-party apps. There is no Microsoft Store to download new apps and Microsoft claims that it is to bring a “distraction-free” study environment to students.

Moreover, we have been confirmed that other companies like ASUS, Acer, Dynabook, Fujitsu, and HP have planned to launch laptops with Windows 11 SE soon.

Rest of the Specs

There is a USB-A, one USB-C, and a 3.5mm headphone jack for connectivity option while it has a barrel-pin connector to charge. It lies on the right edge of the laptop. Likewise, there is Wi-Fi 802.11ac (2×2) and Bluetooth 5.0 LE handling the wireless connectivity. Moreover, there is a 2W stereo speaker and a 1MP selfie camera. The latter boasts a 720p resolution.